Area 0 (エリア0 (ゼロ), Eria Zero), also known as the Pangaea (パンゲア, Pangea), is the original supercontinent from which the other eight gourmet continents spawned.[1] Acacia expects consuming GOD will lead him to the area,[2] where CENTER is.

Area 0 is currently located 35,000 kilometers beneath the Earth's surface.

Area 0 is extremely dangerous. Brunch warns it is suicide to enter because the area steadily sucks energy. However, Aimaru shows no hesitation and proceeds to dive in, following the call of his appetite.[3]

During the 50th Cooking Festival, Coco approached the Food Utopia in a wrong entrance to this field, on his fight with Grinpatch. During this, he sensed unimaginable life energy, and his Appetite Demon kept him from entering, warning him that he cannot enter unless he is "qualified".[4]

This mysterious land is first mentioned by Acacia.[5] It has been stated that incredible Food Luck and a Chef with extreme skill is needed in order to enter it. Even people with high intelligence and authority in the IGO, Gourmet Corp., and Biotope 0 are clueless about it. That is because Ichiryu is afraid that "bugs" will infiltrate through his plans if he reveals it.[6] NEO, on the other hand, has found out about this, likely through the Blue Nitro's help. For unknown reasons, the aforementioned organization wants to reach this place (having prepared a vehicle for that purpose), since Joie has told his partners that the location of Gourmet God's Full Course would lead to the entrance of this land.[7] Aimaru manages to get into Area 0,[8] and it is shown to be a land full of plentiful ingredients, with more ingredients birthing and multiplying every few seconds and CENTER gushing out like a volcano.[9] 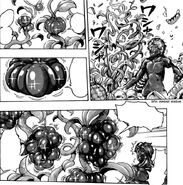 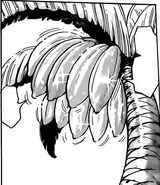 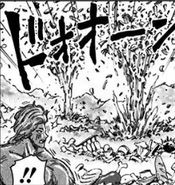 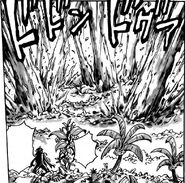